The event, which was dedicated to the 80th anniversary of the poet Otezhan Nurgaliyev, was continued by the republican marathon of poetry “Otezhan-Gumyr”, the competition of readers “Otezhan okulary” among students of 5-11 classes and the video poetry relay “Otezhan olendery”. At the end of the festive event, which was held in the framework of the program “Spiritual Revival”, the results of the republican poetic competition were summed up.

Two months ago, a video-poetic relay dedicated to the 80th anniversary started at the philological faculty of Zhubanov University. Pupils, students of colleges and higher educational institutions took part in this event. According to the rules of the poetic competition, participants had to send their unpublished poems on the themes “Ozgeshe orіlgen gumyr” (About O. Nurgaliyev), “Kutty meken – Aktobe” and other themes. Participants were evaluated by a jury consisting of: the winner of the State Prize of Kazakhstan Esengali Raushanov, poetess, doctor of philological sciences, professor Zhanat Aimukhambetova, writer, publicist Meyrkhan Akdauletuly, literary scholar, doctor of philological sciences, professor Abat Pangereyev, editor-in-chief of the regional newspaper “Aktubinskiy vestnic” Bauyrzhan Oteuliyev.

In total, 48 poets from Almaty, Astana, Semey, Oskemen, Kyzylorda, Uralsk, Aktau, Turkestan, Karaganda, Pavlodar and districts of the region took part in the poetic contest. During the event, was performed the musical “Otezhan Gumyr” under the guidance of the poet Gulzhaynar Kaldina.

Also with the support of the rector of Zhubanov University, B. Erdembekov and the decision of the scientific council of the university was published the collection of poems “Syymay kettіn kalypka”, which was dedicated to Otezhan Nurgaliyev. The collection includes poems of the poets, who have passed the qualifying round of the poetic relay race, as well as works by famous poets of Kazakhstan.

At the end of the festive event, a student of the 3-course of the Faculty of Philology Islam Baktybay sang the song “Olmeytinder”, and the guests of honor presented letters of appreciation and gifts to the winners.

In the organization of this event took part Akimat of Aktobe oblast, Akimat of Baiganin district, Aktobe-Media LLP, Aktobe branch of the Writers’ Union and Aktobe Regional State University named after K.Zhubanov.

The week of action “Congratulate your teacher!” started!

THE SEMINAR ON ASPECTS OF INTELLECTUAL PROPERTY 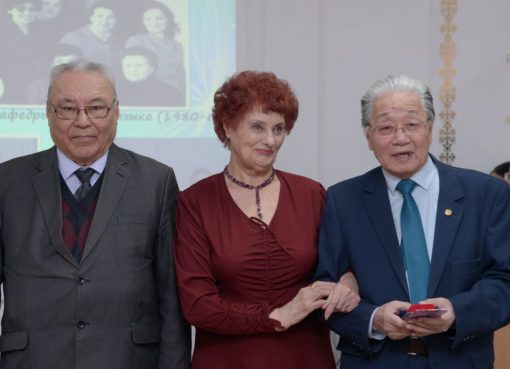 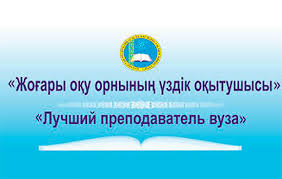 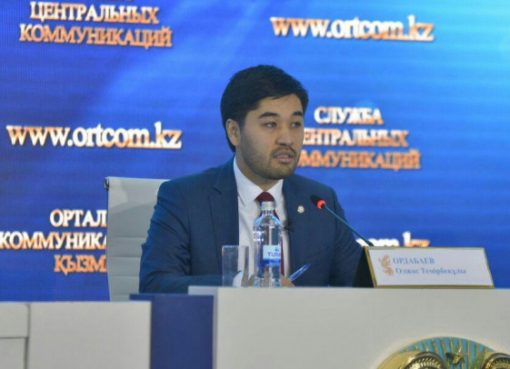