Today, was held the meeting at Zhubanov University with the participation of representatives of state services and regional intelligens, historians and scholars. The theme of the meeting was the new program article of the President of Kazakhstan Nursultan Nazarbayev “Seven Facets of the Great Steppe”, which is a continuation of the program “Spiritual Revival: Modernization of Public Consciousness”. The participants in the meeting discussed the new article of the President and shared their opinions.

At the beginning of the event, the rector of Zhubanov University , professor Bauyrzhan Erdembekov made a welcoming speech. He focused on the examples touched upon by the President and emphasized the importance of this article in popularizing the deep history and national merits of our country.

“The new program article of the President of the Republic of Kazakhstan Nursultan Nazarbayev “ Seven Facets of the Great Steppe ” is a continuation of the program “ Spiritual Revival: Modernization of Public Consciousness ”. This article discusses the historical and cultural characteristics of the Kazakh people, as well as its contribution to the development of world civilization. The article calls for exploring the undisclosed sides of the rich centuries-old history of the nation in the context of globalization, while preserving national unity. These are all steps towards the realization of the task of the Head of State in the modernization of historical consciousness. The fulfillment of these tasks has found support in our oblast, preparatory work is underway to implement the program, ” says Bulbul Elusinova, the head of the Oblast Department of Internal Policy for the Aktobe region. She also dwelt on the work done in the framework of the President’s program article “Spiritual Revival”.

The university’s rector, Bauyrzhan Erdembekov, said that in order to revive history and preserve national identity, special attention must be paid to educating the younger generation.

The discussion of the article was attended by such scientists as Nurtaza Abdollayev, Altai Tayzhanov, Daulet Abenov, Abat Pangreeyev, Askhat Kenesov. According to scientists, such an important article certainly plays a big role in the revival of the history of the Kazakh people and the popularization of national values.

During the meeting, specific proposals were received on the implementation of the article. Representatives of the intelligentsia and the faculty of the university shared their opinions and expressed their readiness to conduct explanatory work among the population. 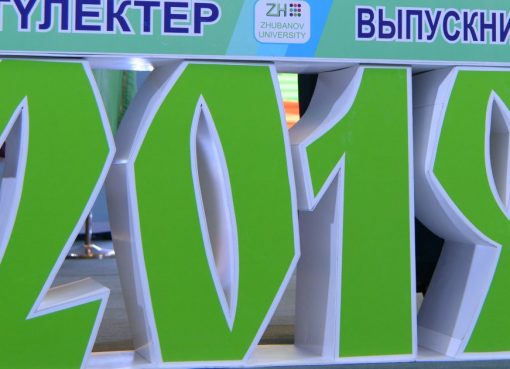 Students of K. Zhubanov University participated in an event of the museum of Alija