Main > News > Aydos Sarym: “You are happy people, because you study at Kudaibergen Zhubanov University”

Today, the Advisor of the Minister of Public Development of the Republic of Kazakhstan Darkhan Kaletaev, the well-known Kazakhstani political scientist, state and public figure, Aidos Sarym met with students of Zhubanov University.

The meeting was held in order to popularize the article “Seven Facets of the Great Steppe” by N.Nazarbayev.

The guest of today’s event was greeted by the Rector of the University Bauyrzhan Erdembekov. He thanked Aidos Sarym for his time to meet.

Aidos Sarym noted that such informal meetings of prominent figures with the younger generation were problematic. “Today you can freely communicate with representatives of different fields of activity. You have the opportunity to directly ask questions that interest you,” said the political scientist the students.

During the meeting, students received exhaustive answers to the questions. So, it was interesting for students to learn about the influence of social networks on young people, about the transition to the Latin alphabet, about religion, about books, etc. For example, he noted that religion is in the heart of every person. “A person himself must understand what he specifically needs. He should competently set accents in his life,” said Aidos Sarym. He also advised students, if possible, to read many books.

At the end of the meeting, Aidos Sarym was presented with memorable gifts, after which he addressed the students: “You are happy because you are studying at the university named after the outstanding scientist Kudaibergen Zhubanov”. By the way, the rector of the university, Bauyrzhan Erdembekov, noted that everyone who studies and works in this university will do everything possible about what he dreamed, but did not manage to implement Kudaibergen Kuanovich Zhubanov. 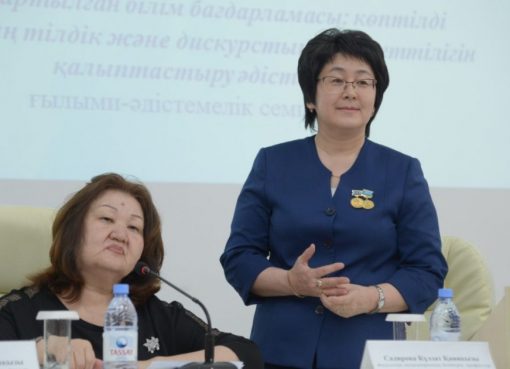 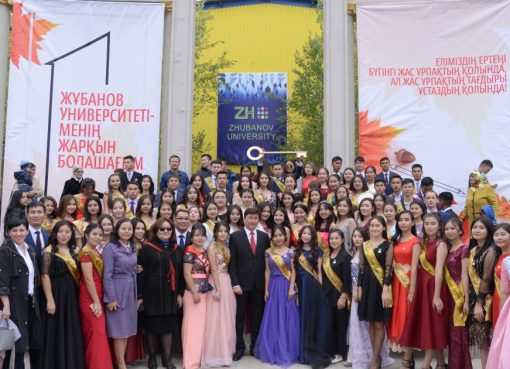 The Zhubanov University- your right choice