Main > Education > The best schoolchildren in the best university

Today, 150 gifted schoolchildren of Aktobe city visited ARSU named after K. Zhubanov in the framework of the meeting called “100 questions to Akim”. The event was also timed to the announced The Year of Youth in Kazakhstan.

During the event, schoolchildren met with the city Akim, Ilyas Ispanov, and the university’s rector, Bauyrzhan Erdembekov. In addition to questions to the head of the city, schoolchildren were also interested in the issue of the educational process at Zhubanov University. This was informed by the rector of the university.

So, when asked about the possible benefits for students, the university rector Bauyrzhan Amangeldiyevich answered: “Discounts for studies depend on your study and on participation in the public life of the university. There are also special discounts for students who contribute to the development of sports, culture, art and other areas of activity. ” Addressing the meeting participants, Bauyrzhan Erdembekov focused their attention on the knowledge of foreign languages, the development of which plays an important role in the modern world. At the end of his speech, the rector gave the following message to the students: “In order to achieve the set goals, first of all, you should start working on yourself.”

After the meeting, was organized a tour of the university for the best students in the city schools. They visited the Zhubanov Museum, the scientific library, the Zerek Children’s Development Center, and an interactive, professional orientation platform. 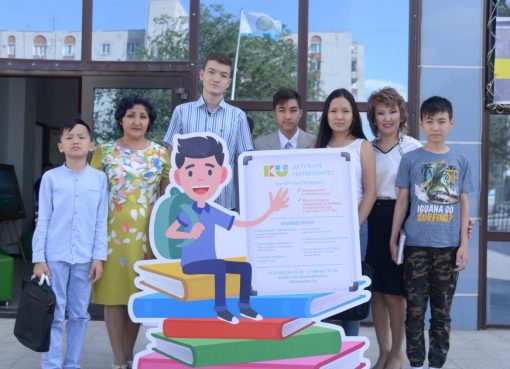 Still a schooler, but already a student

The holders of state educational grants for 2018 year 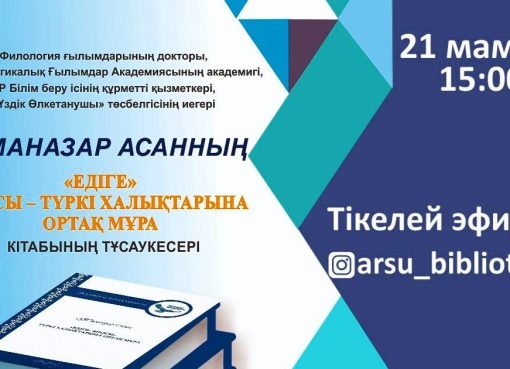