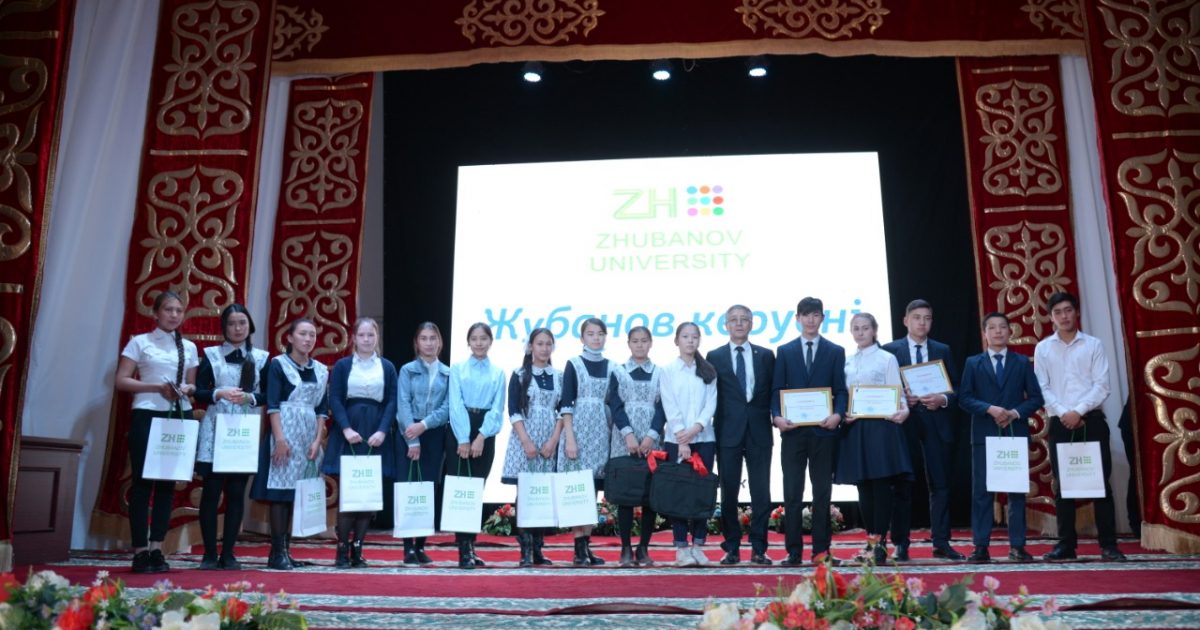 “Think and choose with your heart. Because it’s time for quality education. Learn not for show, and for a solid knowledge…” — advised khobda schoolers the rector of the Zhubanov University Bauyrzhan Yerdembekov.

The participants of the meeting were presented educational programs, faculties, student clubs, master classes were held, and 5 school graduates received the opportunity to study free of charge on K. Zhubanov grants.

In addition, within the framework of the project “Zhubanov kerueni” scientists of Zhubanov University opened a branch of the Department of “Economics and management” at the Khobda gymnasium. Teachers of the University and gymnasium have already planned joint courses on the basics of entrepreneurship, master classes, trainings, open practical classes. It is also planned to attract well-known business coaches.

At the Grand opening of the branch was attended by mayor Hobda district Meirambek Shermaganbet and rector of the regional University Bauyrzhan Yerdembekov. Guests were presented an exhibition of books of the project “100 books”, published in the Kazakh language and specially brought zhubanov team. Among them are such textbooks as “Economics” and “Management”.

According to the teachers, the work of the branch of the Department is aimed at studying the basic concepts and laws of the sphere of entrepreneurship, the formation of schoolers  business thinking, the choice of an active life position, the creation of skills for future independent life in modern conditions.

In his speech, the rector of Zhubanov University Bauyrzhan Yerdembekov noted: “the Percentage of the working-age population with University diplomas is always taken into account when assessing the standard of living of the population.  Higher education is an indicator of the country’s development. However, not everyone can immediately choose their profession and specialty when entering the University. Someone listens to the opinion of parents, someone dreams not of a profession, but of a grant… and many people in General ask a question only after a trial UNT or after 4 years of study spent in a higher educational institution…Our main task is to make education quality. This means that we must cooperate with schools, only in close cooperation and joint work on textbooks and educational programs we will get an educated specialist.”

For his part, akim of Khobda district Meirambek Shermaganbet after signing the Memorandum of cooperation stressed that the partnership will open new opportunities for schoolers and teachers, and shared plans to open the office “Uly Khobda eli – batyrlar mekeni” at the University.  Also, the district administration handed a breastplate to the rector Bauyrzhan Yerdembekov and gifts for the 90th anniversary of Kobda district.

Students of K. Zhubanov University are fully provided with the student accommodation

More than 4,000 applicants from Aktobe oblast submitted documents for the awarding of educational grants