Main > News > Days of Orenburg region were carried on at K. Zhubanov University

A number of international actions were organized at K. Zhubanov University within carrying out “Days of Orenburg region in Aktobe” today. On the basis of K. Zhubanov University an “IT battle” among the students of professional organizations of Orenburg and Aktobe regions was held. An international forum of rectors “The Universities of Aktobe and Orenburg regions: prospects and directions of border cooperation” was held in the conference room of the University.

During the forum common problems of education were discussed, the results were summed up and the memorandum of cooperation in the sphere of science and education was signed.

An excursion around the University and an exhibition were organized for Orenburg guests.

WINNERS OF THE RECTOR’S CUP IN VOLLEYBALL WERE DETERMINED 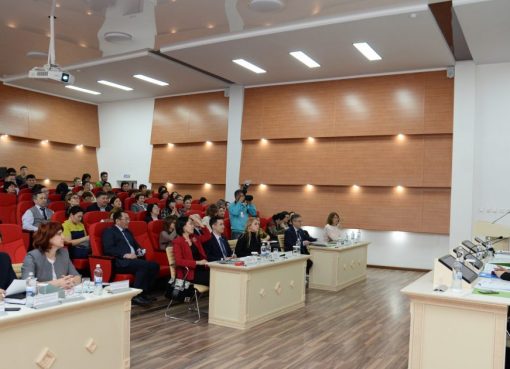