Today at Aktobe Regional State University named after K. Zhubanov was opened a career center, the purpose of which was to create an effective system to promote the employment of young professionals and adapt to the modern labor market. It will provide methodological assistance in the implementation of international standards for building a career for future graduates and the development of interaction with employers.

The event was attended by representatives of one of the leading employers in the country, a member of the Foreign Investors Council, Philip Morris Kazakhstan and CNPC- one of the world’s largest oil company, the leadership of the Department of Higher and Postgraduate Education of Ministry of Education of RK, the leadership of the country’s career center at KIMEP University, representatives of the local executive body, as well as the administration and staff of the career center at Zhubanov University.

Rector of ARSU K.Zhubanova, Bauyrzhan Erdembekov, in his welcoming speech, noted that the opening of this center is taking place within the framework of the “Road Map for the Development of Human Capital” program.

Rector of ARSU named after K.Zhubanov, Bauyrzhan Erdembekov, in his welcoming speech, noted that the opening of this center is taking place within the framework of the “Road Map for the Development of Human Capital” program.

“Such center was established in five universities of the country. At our university, we called this center the “Center for Professional Development and Career”. Our university has concluded contracts with 230 production facilities, institutions of various forms of ownership and educational institutions.

In 2017, were signed 27 memorandums with local Chinese oil companies. On the basis of the production created 47 branches of the department. Practical, laboratory classes are conducted in 27 subjects and in 30 educational programs, which include elements of dual education. 29 practitioners are involved in the educational process.

Educational programs are developed with the participation of employers. All this is a common interest of the university and production in education of qualified personnel. We believe that these measures are the key to creating jobs for future specialists, ” said the head of the university.

In his October Message to the people of Kazakhstan, Nursultan Nazarbayev noted that the main criterion for evaluating the success of a university should be the employment of graduates afterending of the University, their employment in high-paying jobs. And besides the quality of educational services directly, this approach also requires strengthening the work of career centers at universities.

“We are pleased to share with regional universities our best practices in the organization of the career center. And we believe that universities should not just give their students an education that would allow them to be in demand in the labor market, but also create opportunities for them to communicate with potential employers. That is why Career Centers at universities should be full-fledged “bridges” for such interaction, ” said Meruert Adaybekova, Head of the Career and Employment Service at KIMEP.

The experience of cooperation with career centers on behalf of the country’s leading employers was shared by a member of the Foreign Investors Council, Philip Morris Kazakhstan LLP, which acts as a coordinator of a project to support career centers.

“We are interested in attracting the most talented personnel not only in Almaty and Astana, but also in the regions, including Aktobe oblast. For students and graduates, we have created special programs for paid internships that allow

them to try their hand at real projects and show their potential. After all, for our company, human capital, the people who work for us is the main priority. Practice shows that the interaction of employers with the career centers of universities is very important and, ideally, such centers should function in all regions of our country, ”said Tatyana Kovzalova, organizational development manager of Philip Morris Kazakhstan LLP.

According to the words of the Deputy Director of the Department of Higher and Postgraduate Education of the Ministry of Education and Science of the Republic of Kazakhstan Banu Nurbekova, for ARSU named after K.Zhubanov is very important to expand cooperation with the Beijing University of Science and Information Technology, which in the future will allow attracting foreign partners and employers.

Today, one of the largest employers in Aktobe oblast is CNPC Corporation, which is a major investor in the development of the oil and gas industry in the Republic of Kazakhstan, and manages more than 15 companies registered in the country. And within the framework of the project on the development of career centers, JSC “SNPS-Aktobemunaygas” plans to organize an annual open day for students of Zhubanov University, to hold round tables with the participation of university professors and experts of the company, where they will discuss the development of curricula for training labor market requirements.

“We hope that the interaction of employers with the career centers of universities will give a positive impetus to the training of highly qualified specialists, and will become a new milestone in the training of personnel that will be in demand in Kazakhstan’s labor market,” said Raykhan Abdrasilova, Director of Human Resources, CNPC .

The ultimate goal of the project to support career centers is to increase the competitiveness of graduates of regional universities in the labor market. 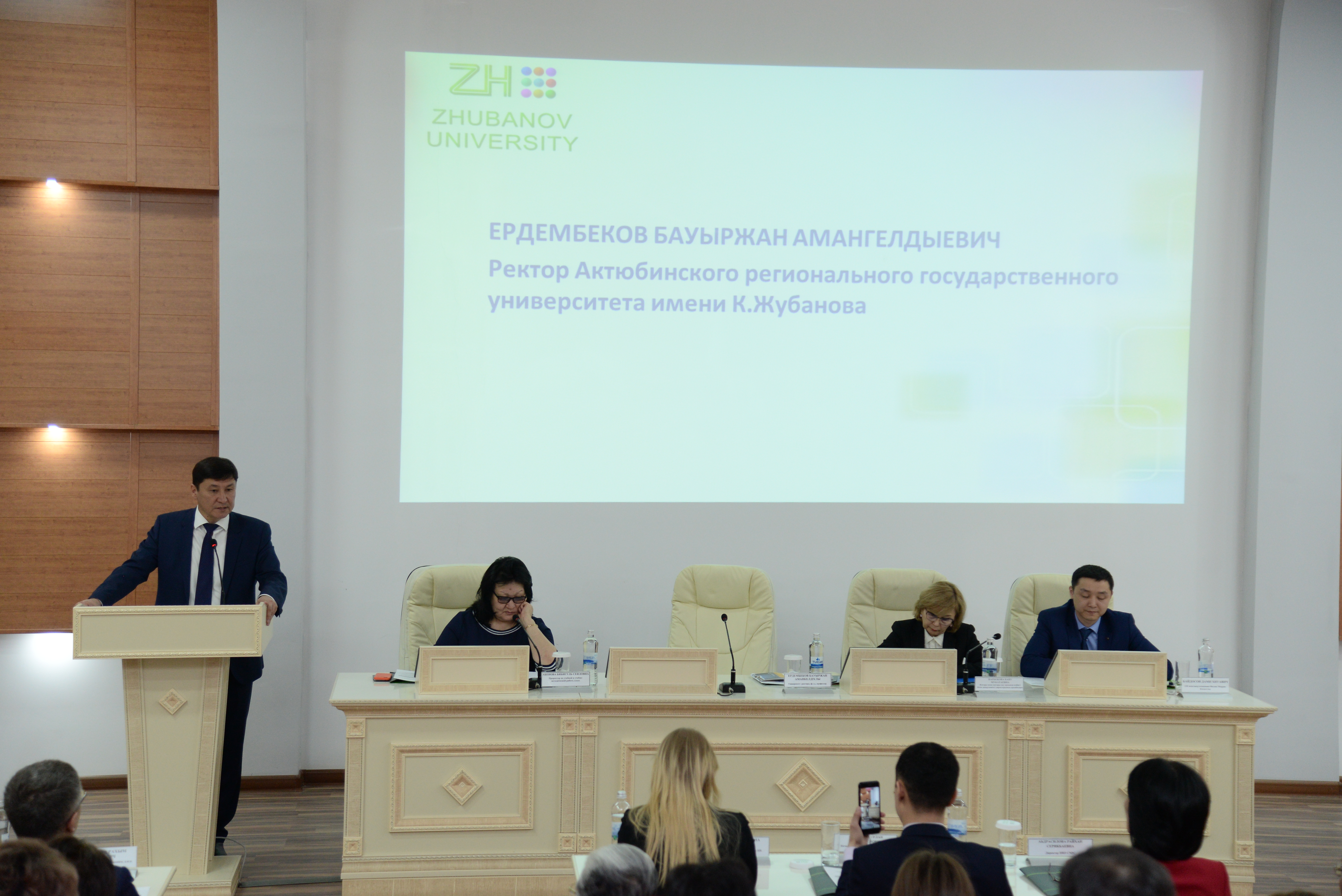 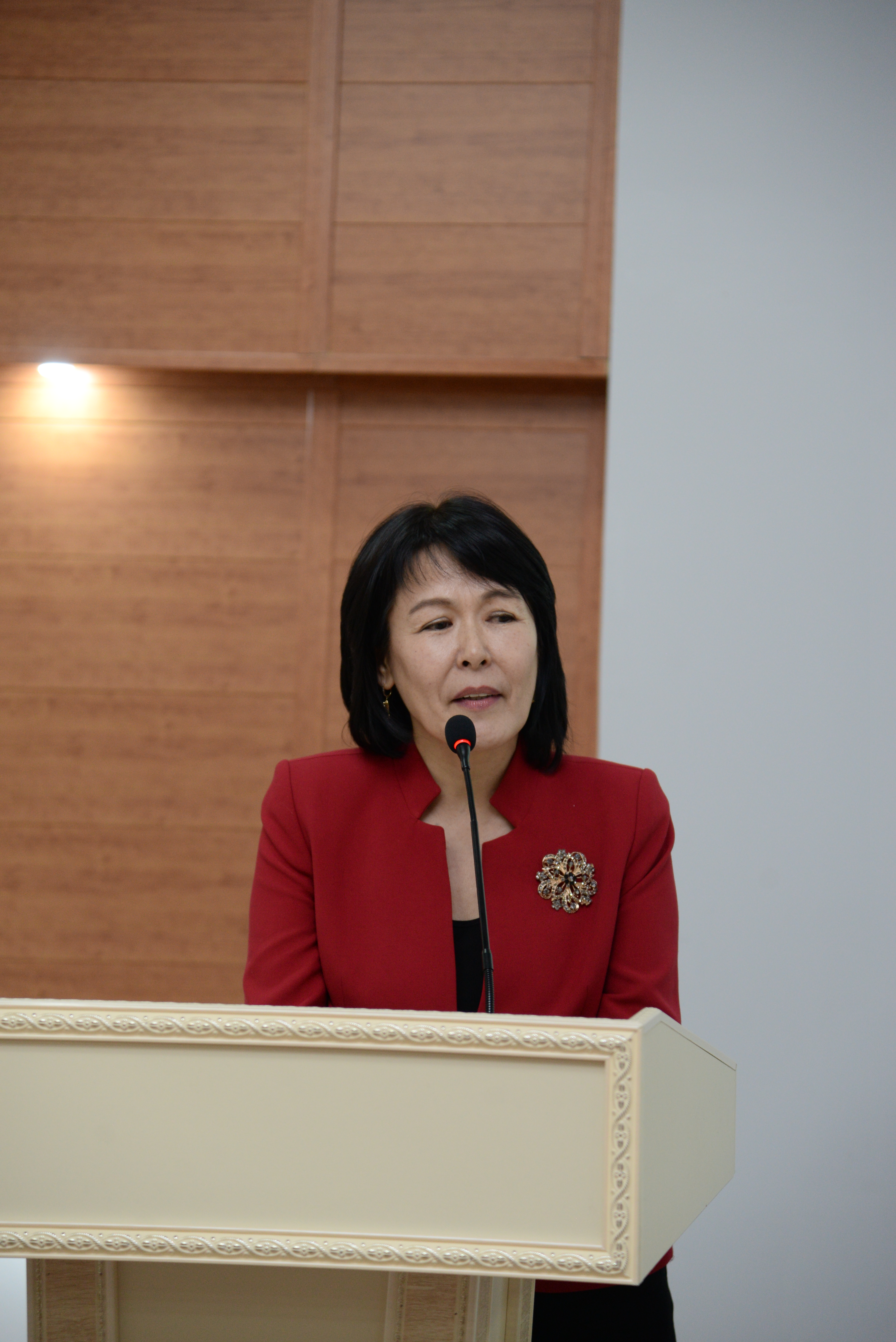 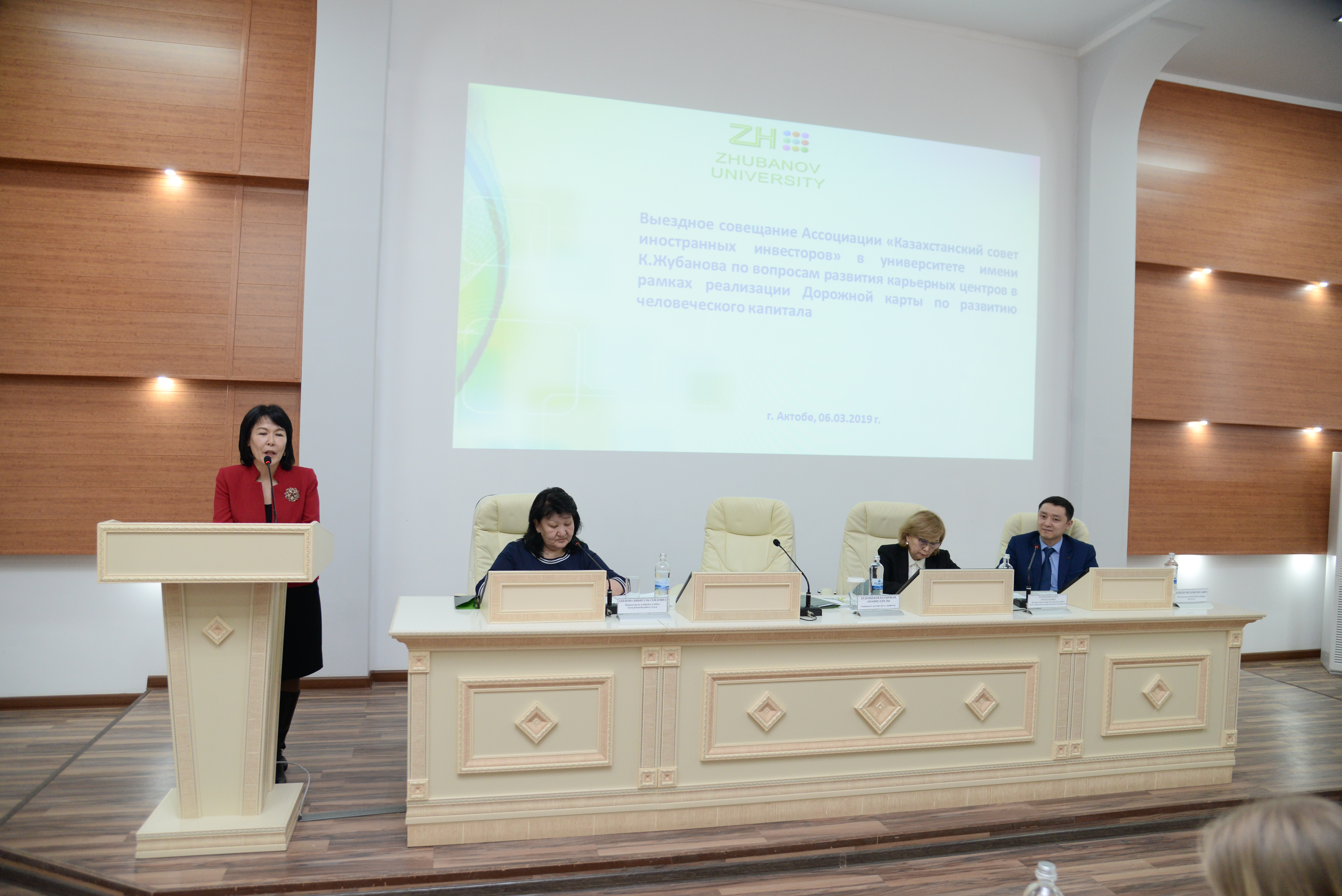 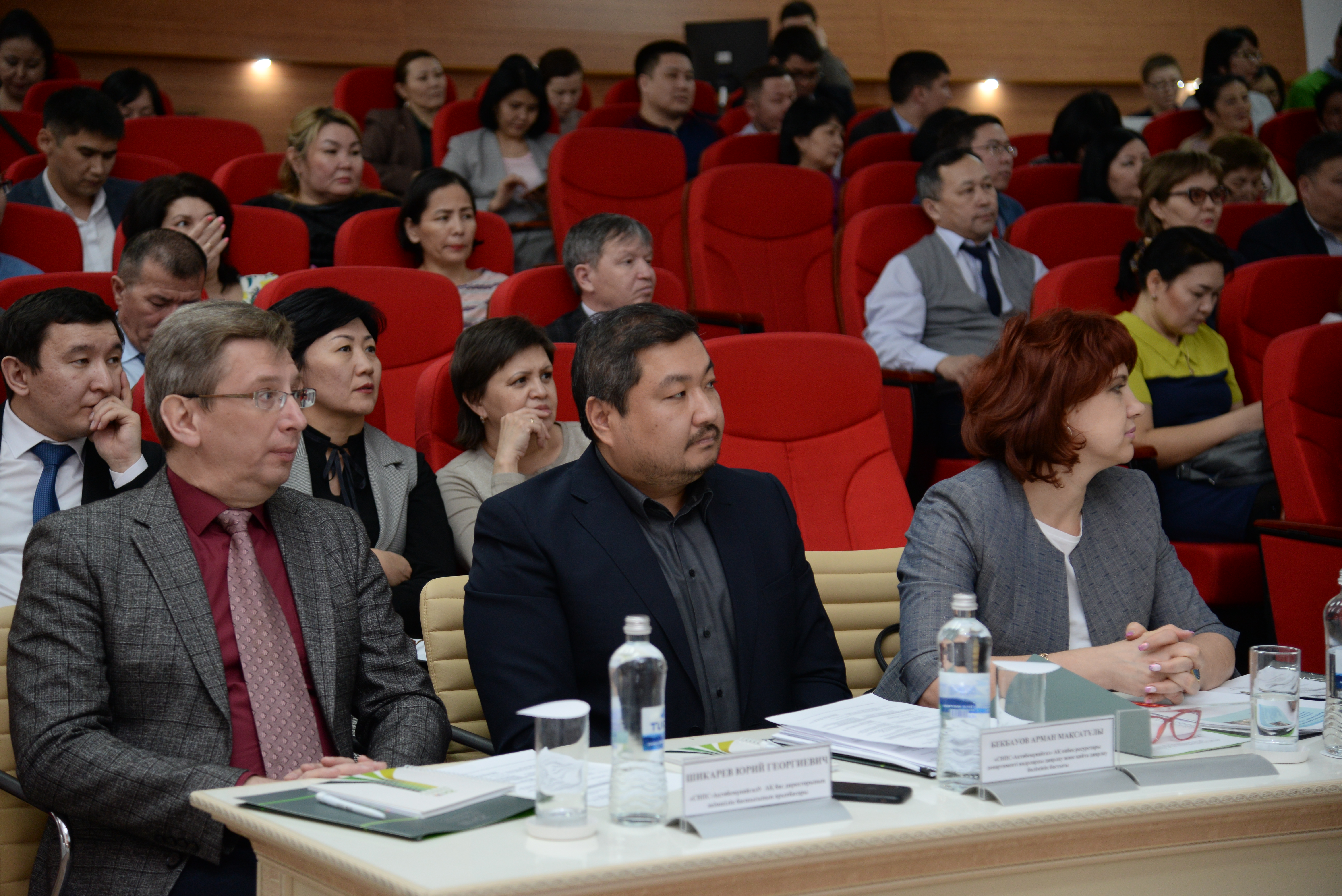 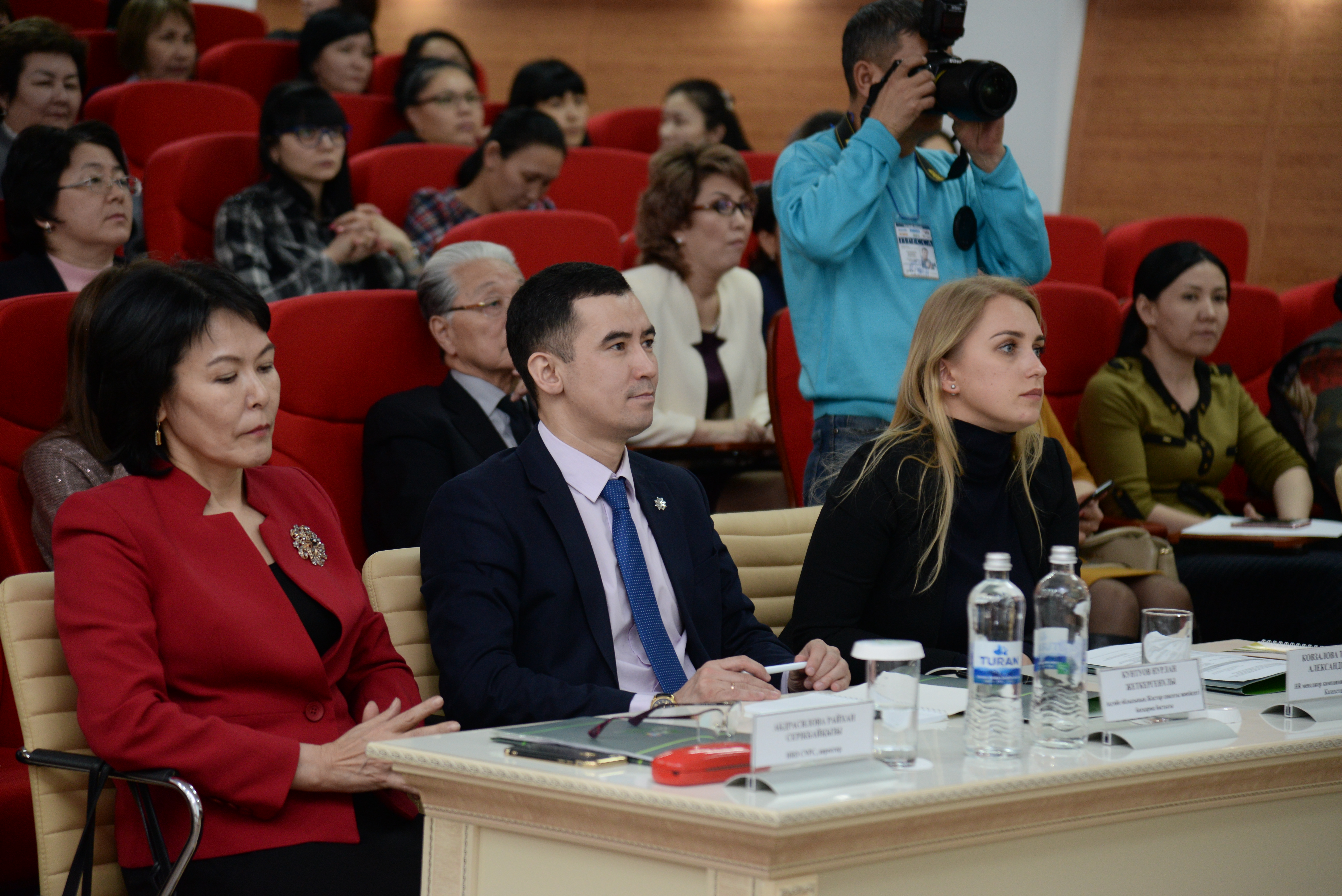 A new look at environmental education