Main > News > Two years on the path of spiritual rebirth Today, in the conference hall “Mangіlіk el” of Zhubanov University was held a regional conference dedicated to the II anniversary of the program of the First President of the Republic of Kazakhstan N.A.Nazarbayev “Ruhani zangyru”. During the conference, were discussed the topics of “Ruhani zangyru – tarlan tarih, zhasampaz bүgіngі kүn, zharkyn bolashak!”.

The event was attended by Deputy Akim of Aktobe oblast Marat Tokzhanov, the faculty of the university, representatives of intellectuals, heads of regional and city administrations, etc.

In the lobby of the Youth Palace, was organized a book exhibition by the university and regional administrations and akimats of districts of Aktobe city, dedicated to the II anniversary of the “Ruhani Zangyru” program. The exhibition

“In 2017, on the basis of ARSU named after K. Zhubanov, was created the regional project office “Ruhani zangyru”. The office has an Expert Council that conducts analytical studies and work on the implementation of the state program. Within the framework of the “Rouhani Zagyru” program, the university is working in the following areas: І. Education and Upbringing, ІІ. Spiritual Wealth, III. Atameken and IV. Information wave”, – said the rector of the university Bauyrzhan Erdembekov.

In his report, he introduced the conference participants about the events being implemented at the university following the second anniversary of the “Rouhani zangyru” program.

In the direction of “Education and Upbringing”, 55 new educational trajectories, 12 Higher College specialties, 17 new specialties, specialized English groups, and dual and multilingual education programs were introduced at the university. On the transition to the “Latin alphabet” were held 35 events with the participation of 9853 people, 19 textbooks used in the educational process on the project “100 new textbooks in the Kazakh language”, 14 subjects to choose from were introduced into educational programs. With the participation of 487 students in the framework of the project “Tugan Zher” 12 events were held, 10 – international scientific and practical, 8 – republican and regional conferences.

Within the project “100 new textbooks” in 2018, was created an Expert Group, and also was held the presentation of the first 17 textbooks in the Kazakh language. According to the results of this work were published special articles and comments. In 2018, 11 volumes of the “100 books“ Zhubanov Kitapkhanasy ”series were published at the expense of the university’s budget. In 2019 another 10 volumes will be released. For the first time under the authorship of Professor B. Erdembekov, G. Shockym, I. Biner was held the presentation of the textbook “Qazaq tili grammatikasy”.

Within the framework of the project “Kitap.kz” – “Kazakhstan Ashyk Kitakhanasy” together with the public fund “National Translation Agency” and the party “Nur Otan” were presented 55 electronic versions of the teaching staff books.

In the framework of the regional project “Bakytty Ball”, the university opened the center for the development of children “Zerek” and the dual education of students from Aktobe universities.

In order to increase the employment rate of graduates by the university, 230 memoranda were signed with various production sites, institutions and educational organizations. In school, together with the agency of civil service and anti-corruption, was opened a school of public service “Mansap”. This year the opening of the Start-up Academy took place, the main task of which is to train future businessmen.

Under the “academic mobility” program, the university entered into memoranda with universities in 40 countries. In order to exchange experience, scientists from Poland, Germany, America, Bulgaria, Turkey, Russia conduct master classes and lectures.

A number of significant events are also held in the direction of “Spiritual Wealth”. University scientists together with the Institute of Archeology named after A. Margulan and the National Museum developed the projects “Geography of Sacral Places” and “Tourism Development in Aktobe Region”, are working on a scientific project based on a grant from the MES RK “Mosques and religious figures of the XIX – early XX centuries. On materials of Aktobe region.

Were held 12 international and republican conferences, 9 international and republican symposia. Together with the Kazakh Geographical Society, the youth festival “Khan Қoryk” and 3 expeditions for children and youth were held to promote the sacred places of the country. An expedition was organized to the Huni leader’s burial site, recently discovered in the vicinity of Aktobe, as a result of which a booklet was created.

Within the framework of the project “Geography of Sacral Places of Kazakhstan” tourist routes have been developed, a virtual tourism project is being implemented. A catalog of tourist destinations of the Aktobe region has been published. It is planned to prepare a virtual version of this project. In the series “Toponymy of the Aktyubinsk region” a collection of “Tugan Zher” was published, which included monuments and geographical names of Irgiz, Aytekebi and Mugalzhar districts. One of the most important is the cooperation with the Orenburg Archival Fund.

In the renovated Palace of Youth, the conference hall “Milіlіk El”, the cinema “Zhubanov Cinema”, the exhibition hall “Atrium” are open.

From the 2018-2019 school year, the university launched the project “Ata Konys-Aқtөbe”, in which the university provides scholarships to students from near and far abroad for education in their native language. So, 849 students study from Uzbekistan, 787 of them are ethnic Kazakhs. 14 students from the Russian Federation, 2 from China, 1 student from the Republic of Kyrgyzstan.

From the day the Head of State programmed article “Looking into the Future: Modernizing Public Consciousness” was published, the faculty of ARSU named after K. Zhubanov published over 190 articles, studies, critical opinions and interviews, 248 materials in online publications.

Together with the TV channel “Kazakhstan-Aktube” two programs were created: “Bіzdің tarih” and “Elim Menі.” Also jointly with the TV and Radio Company at the University of Zhubanov it is planned to open the television studio “Aktbe-Zhunanov.”

At the end of his speech, the head of the university shared his plans for the year 2019 for the implementation of the program “Rouhani zagyru”.

The conference was also addressed by the head of the Kazakh Literature department, associate professor Nurbol Saduakas with a report on the new alphabet and spelling rules based on Latin script.

Among the participants was a discussion and exchange of views on the proposed topics.

Following the conference, Professor Amangeldy Aitaly, Doctor of Philosophy, was awarded a commemorative medal of the President of the National Academy of Sciences of Kazakhstan Murat Zhurnin dedicated to the 100th anniversary of the National Autonomy “Alash” and the letter of thanks of the

oblast akim Ondasyn Urazalin. The deputy akim of the region, Marat Tokzhanov, thanked the university staff for their active participation in the implementation of the “Ruhani zagyru” program in the Aktobe region and presented the letter of appreciation to the regional akim to the university’s rector Bauyrzhan Erdembekov, and the staff of the university Nurbol Saduakas and Bekaristan Myrzabay. 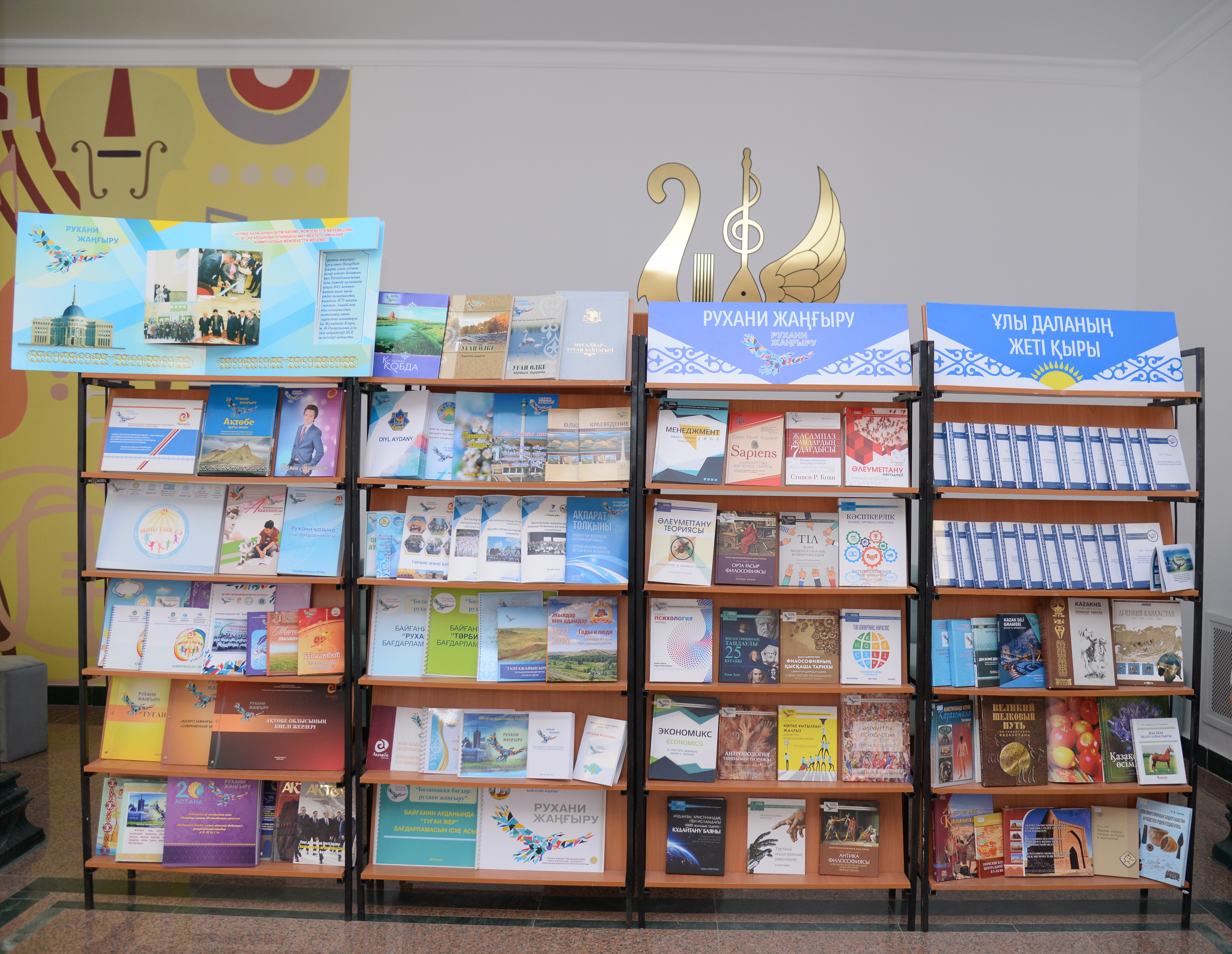 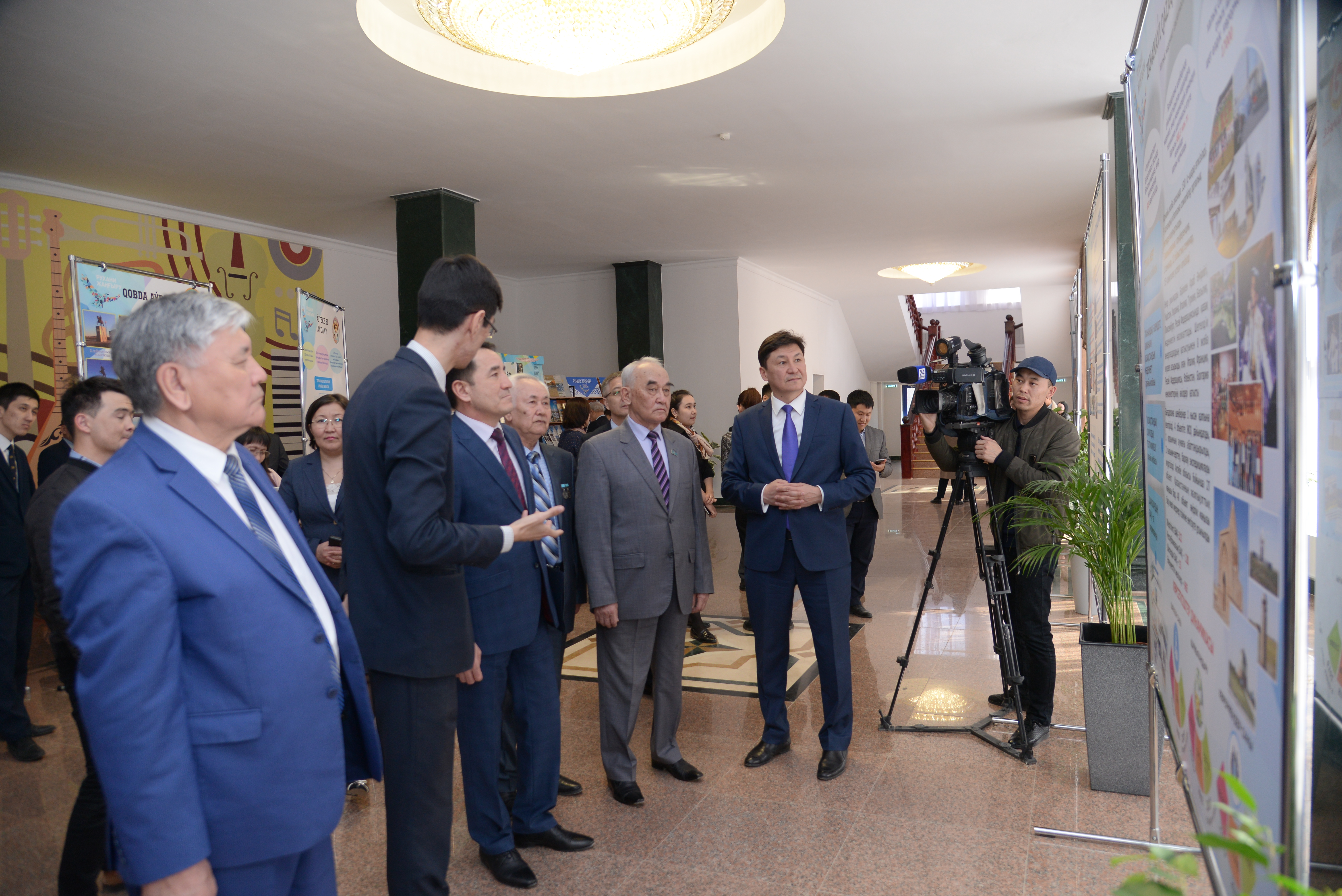 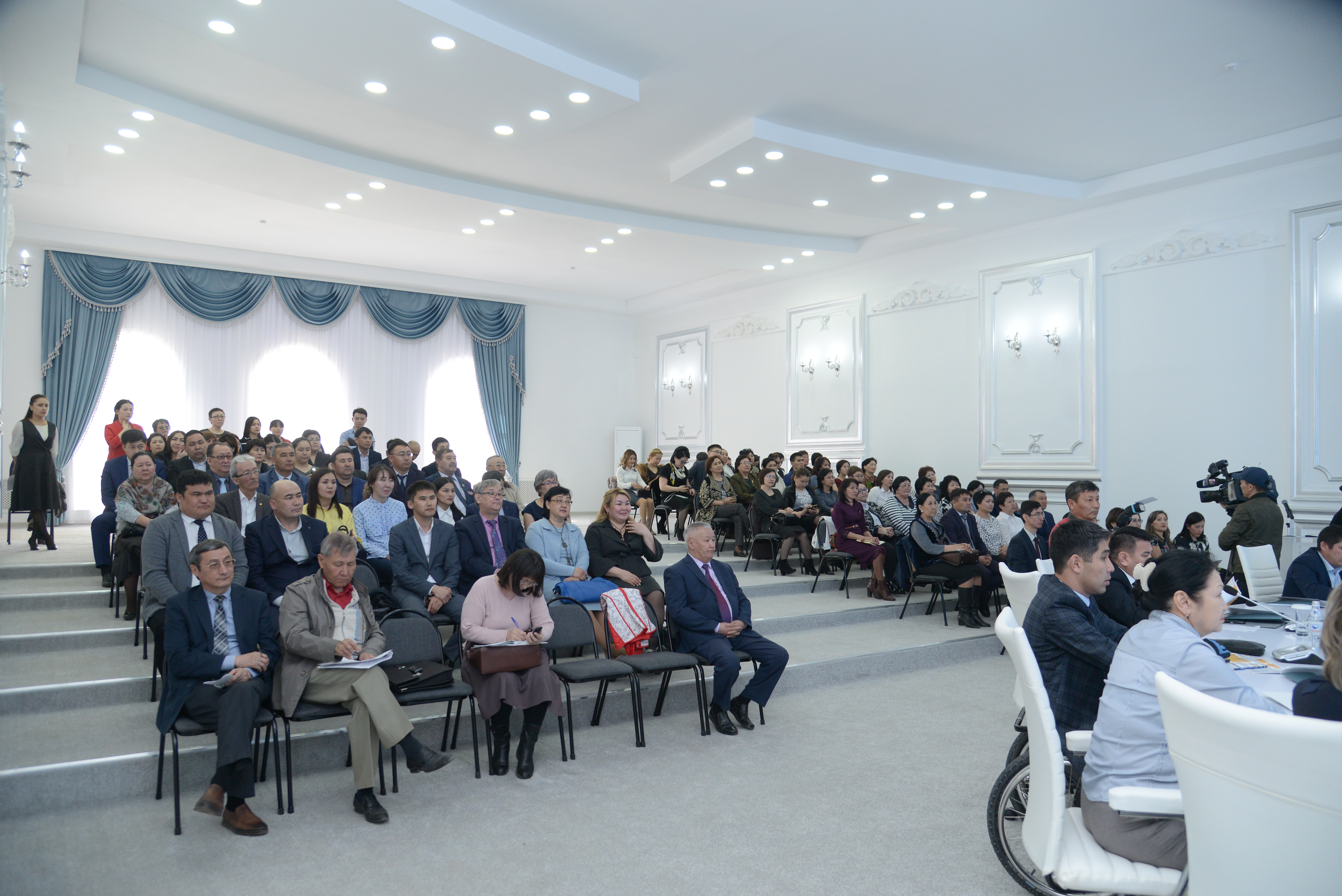 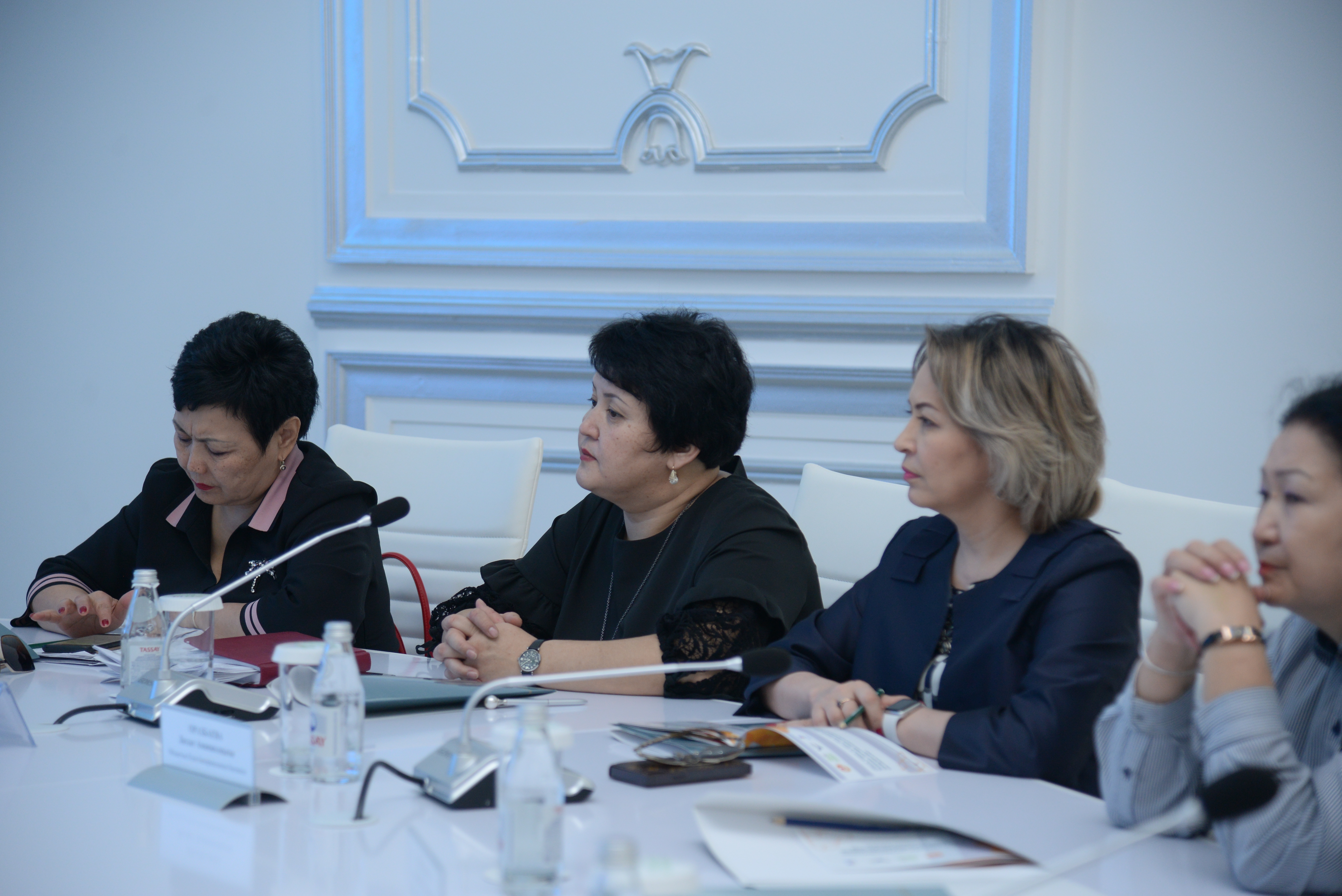 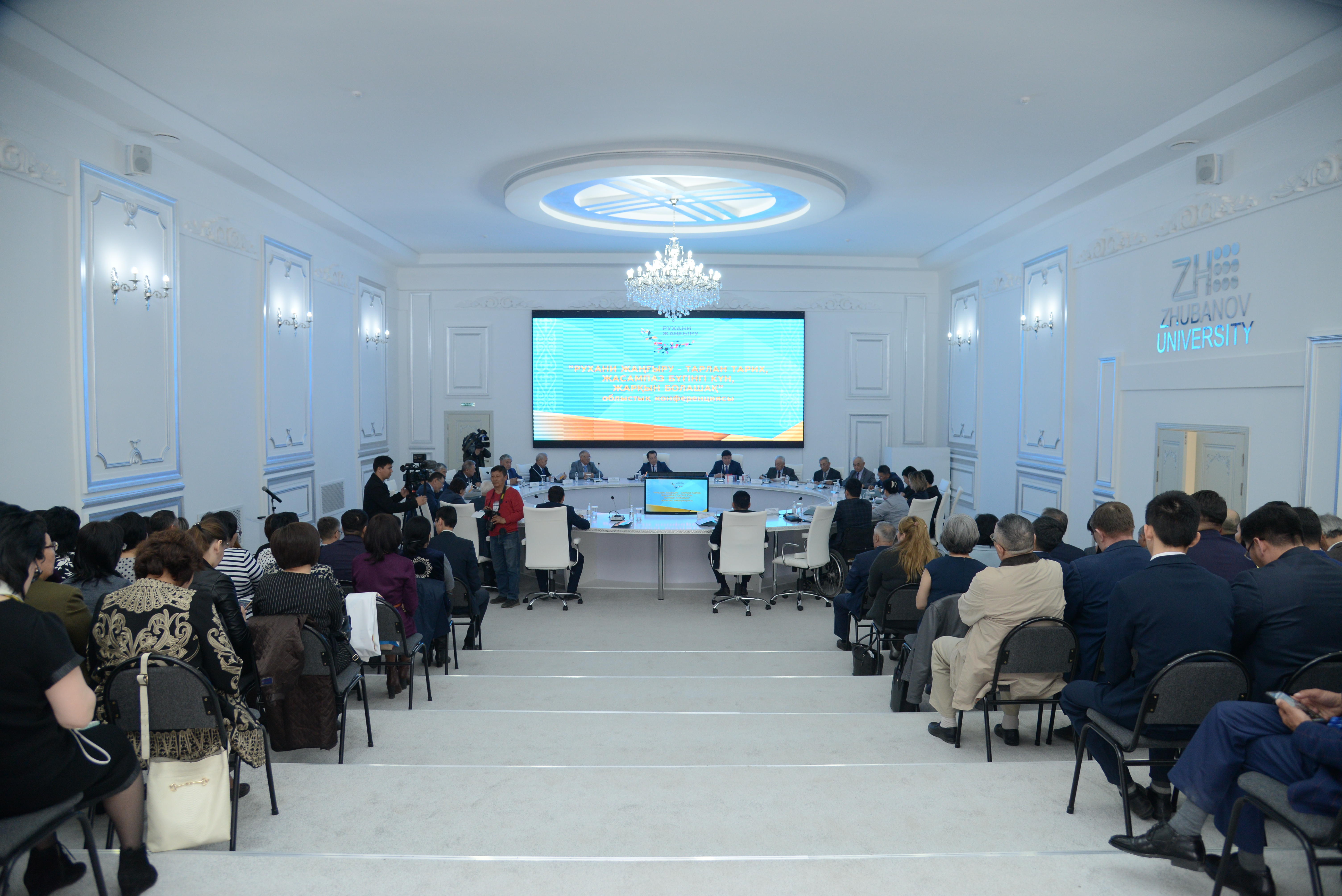 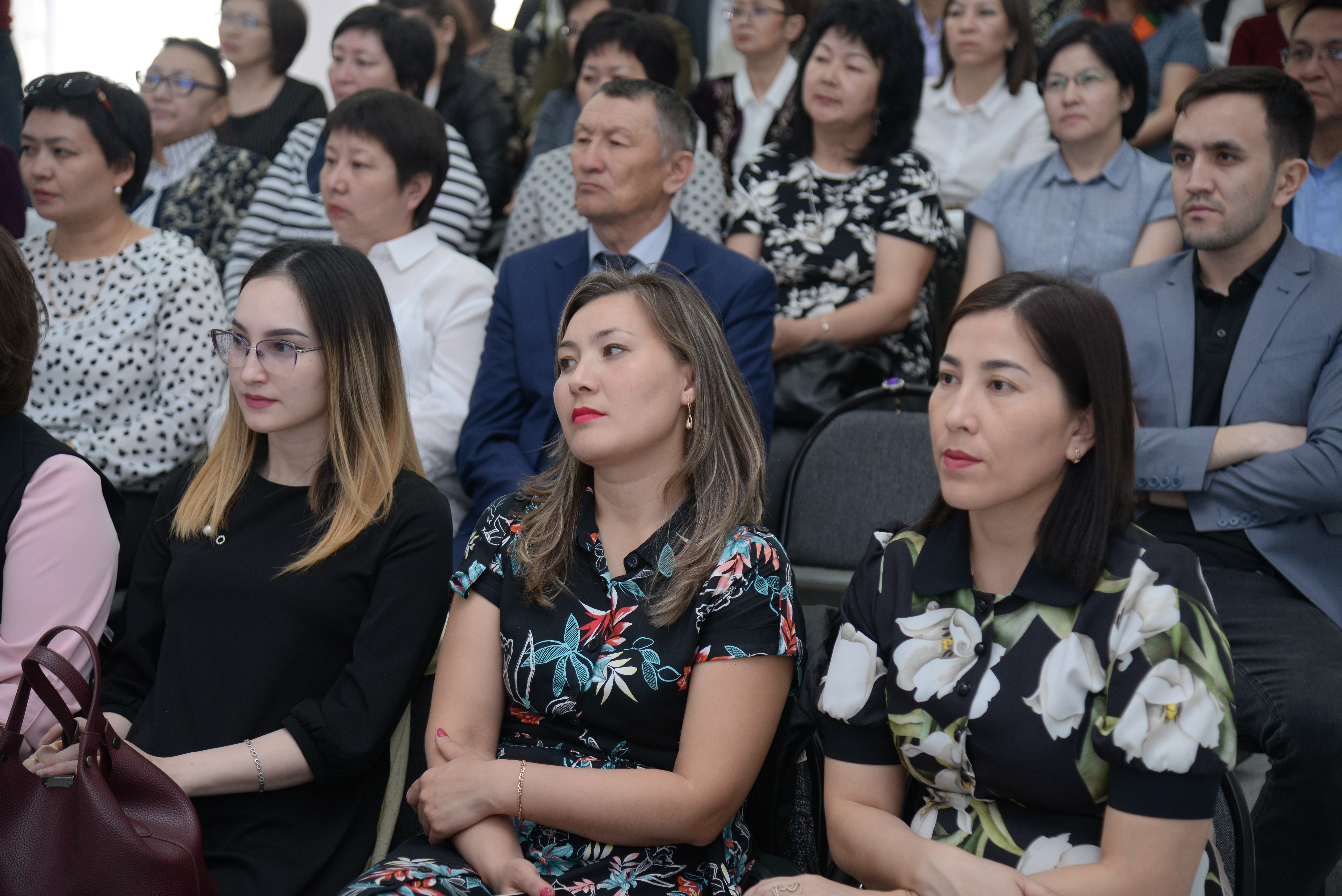 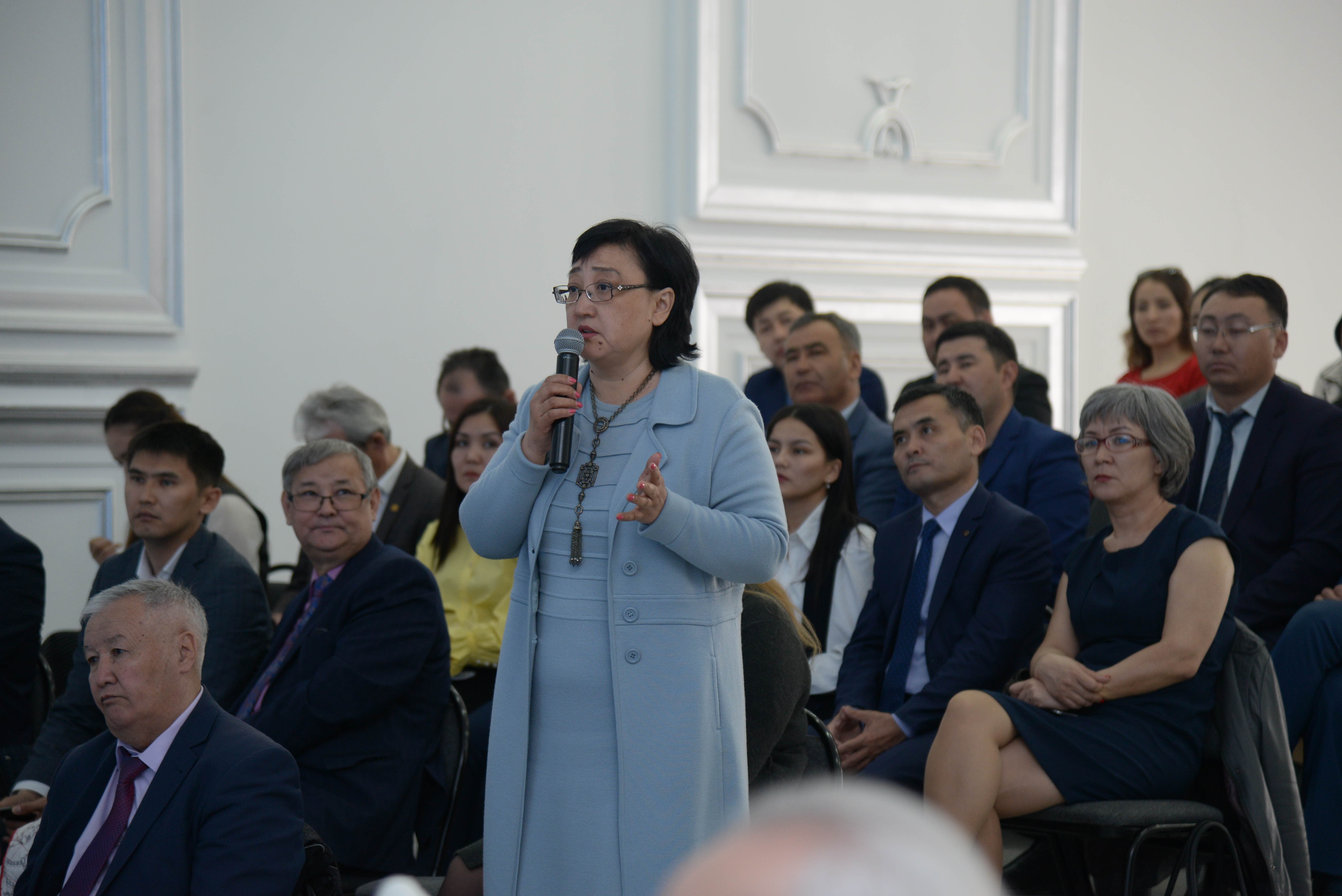 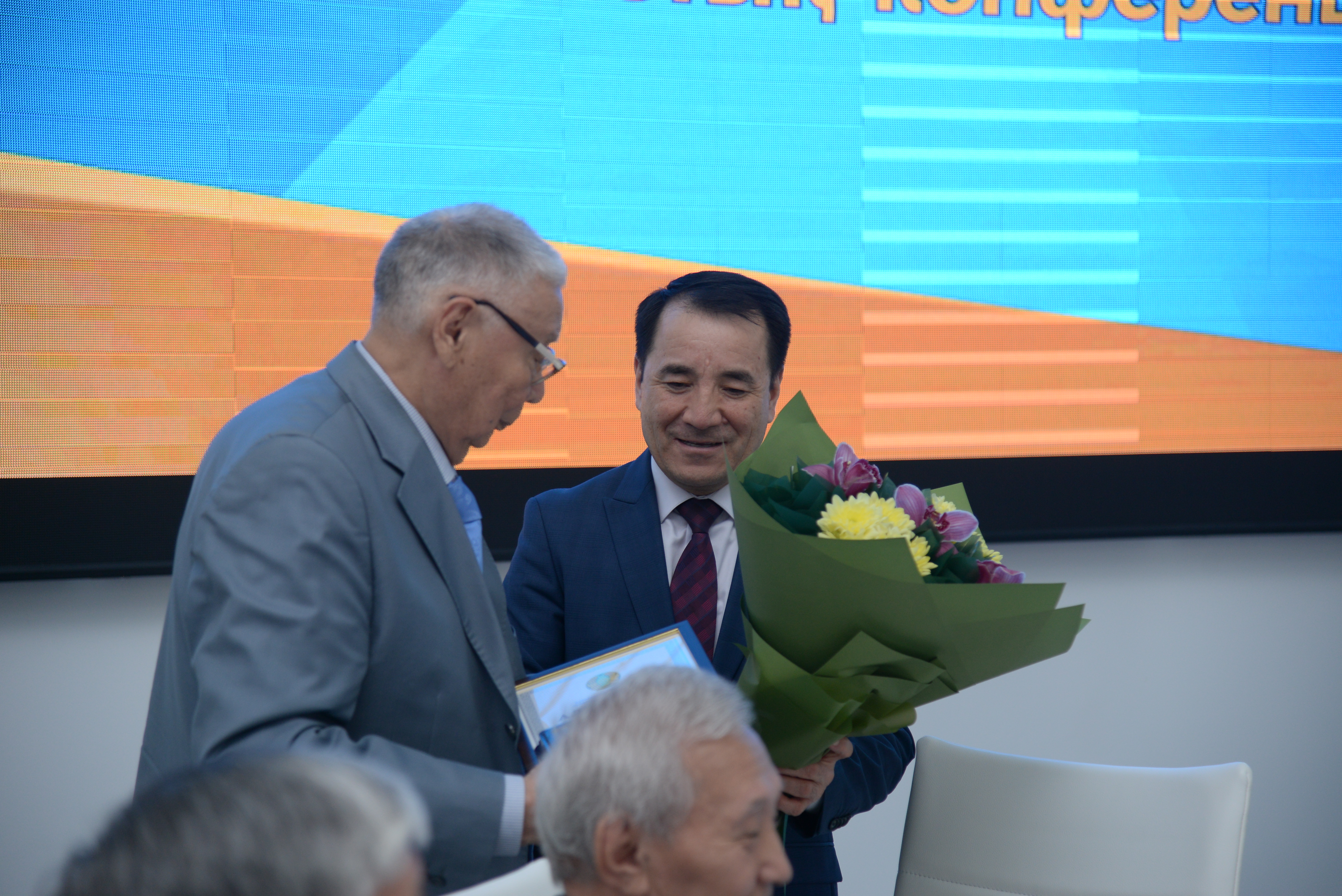 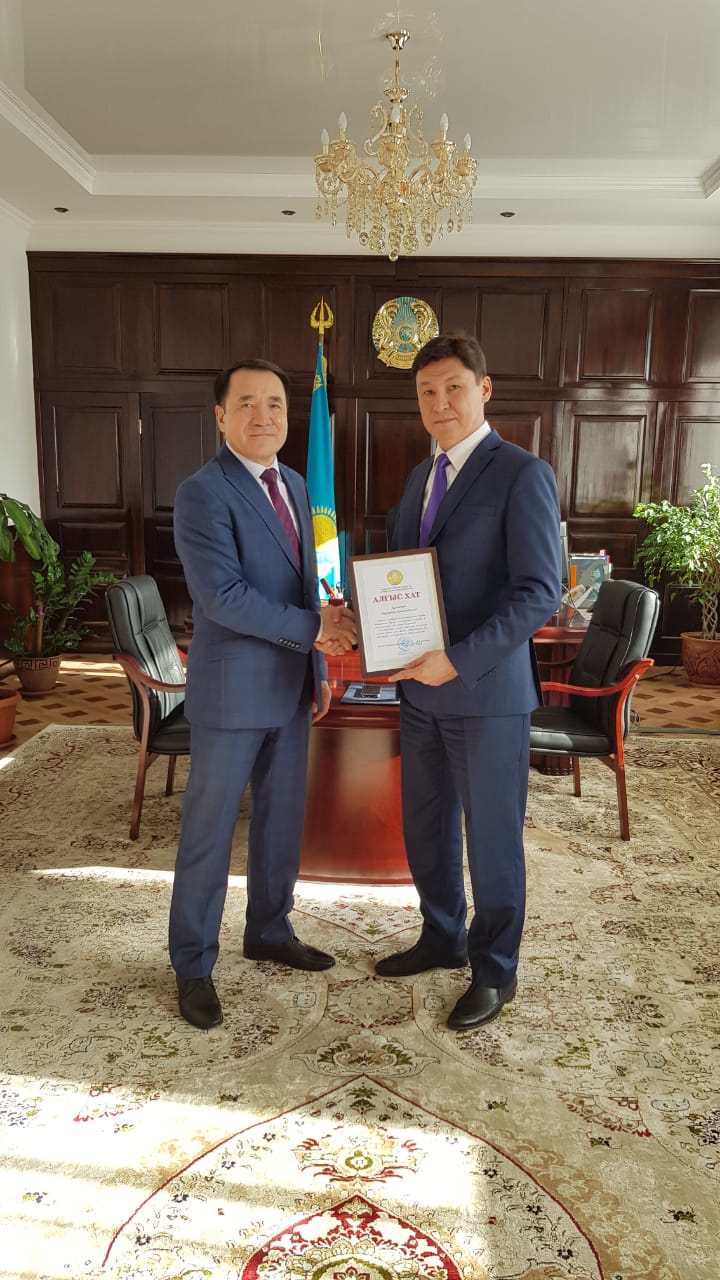 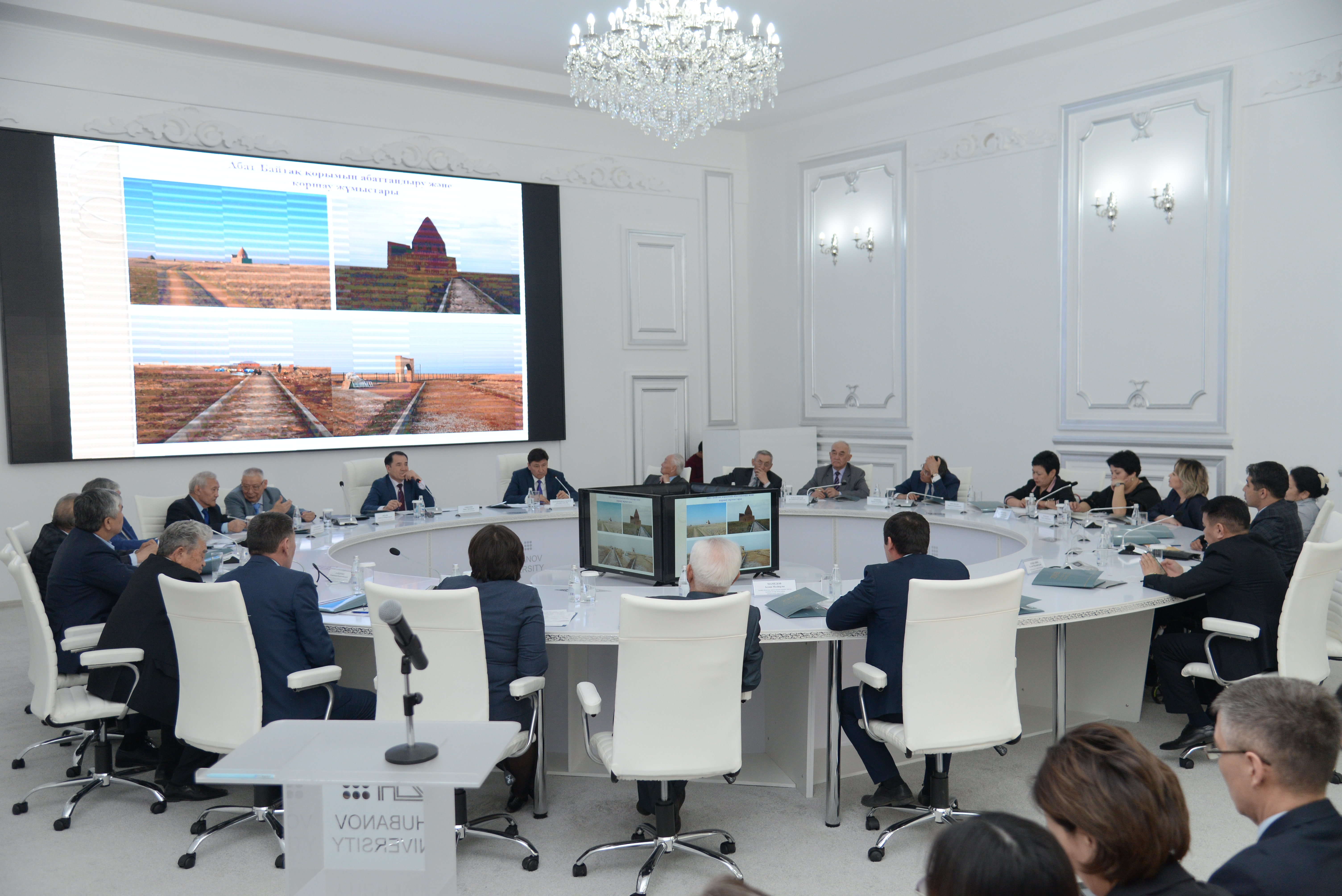 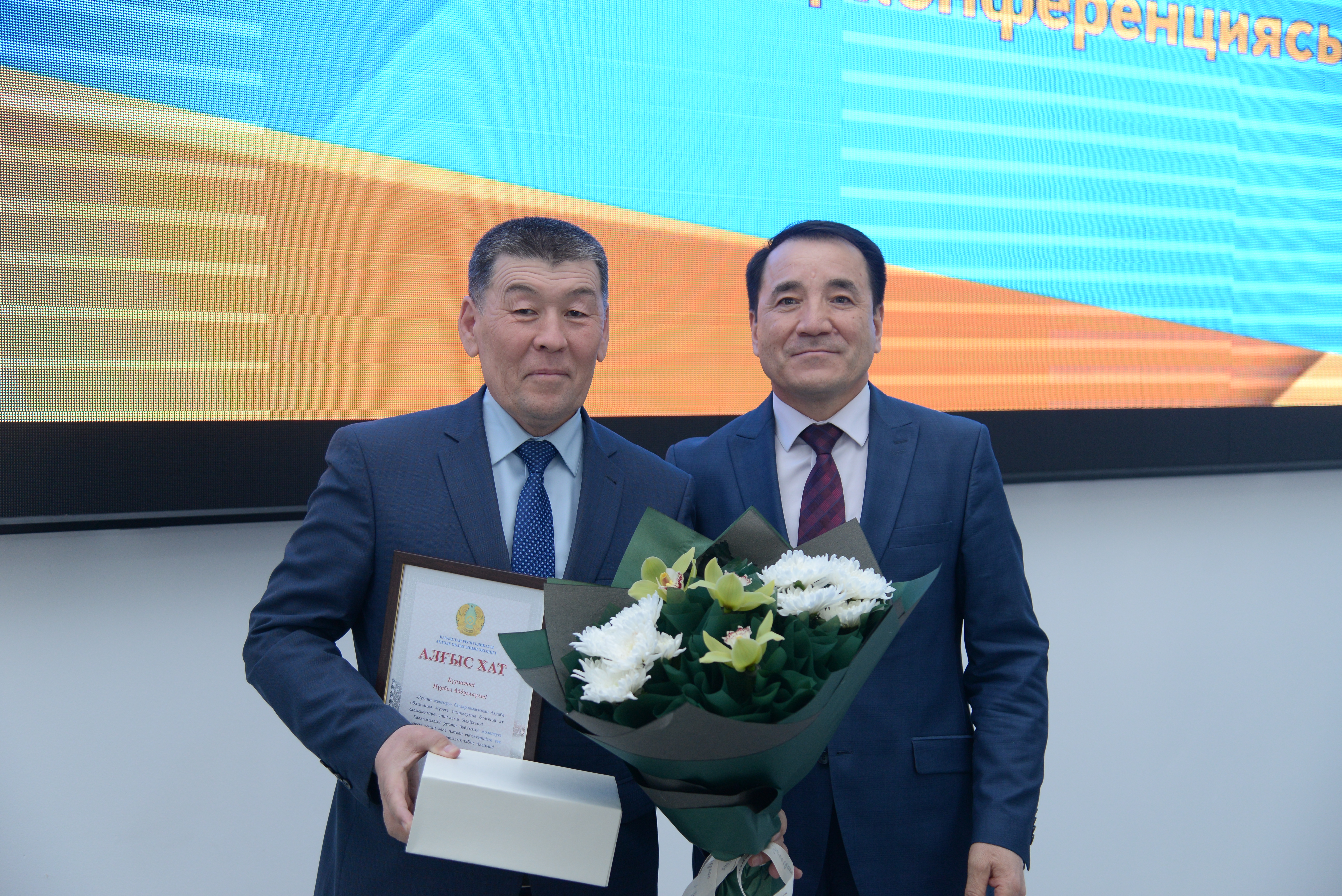 The philosophy of Al-Farabi is the foundation of world civilization

The magistracy was replenished with 10 specialties